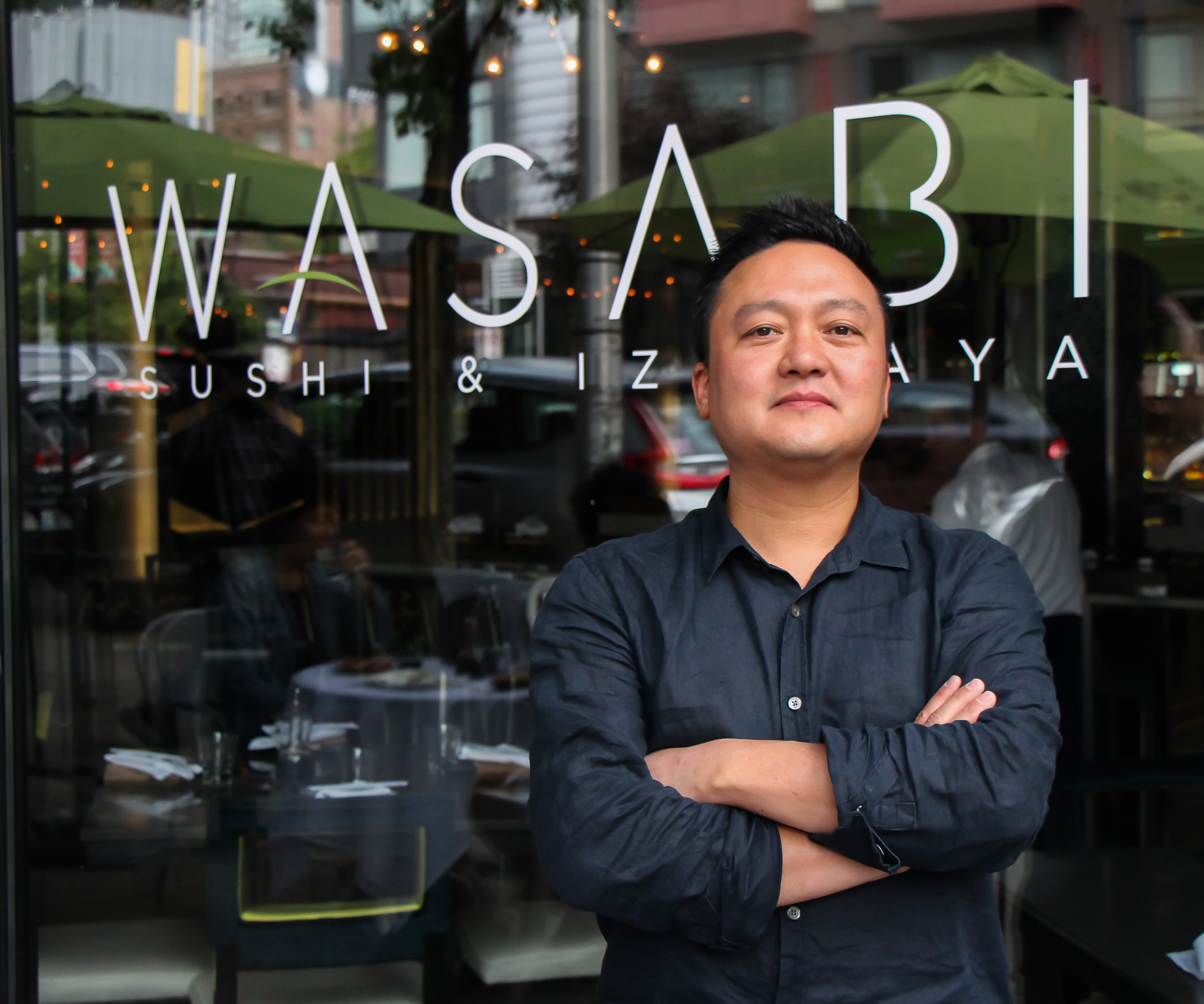 Where It All Began

Born in Seoul, South Korea, Jun immigrated to the US in 1990. After receiving an education in Buffalo, NY, he moved to Seattle in 1995 ready to start the rest of his life. His love for food constantly showed and he picked up a job as a sushi helper at I Love Sushi in Bellevue, WA. During this time, he met Tadashi Sato from Kyushu, Japan who became his teacher and helped him master the art of Japanese cooking. With his help, Jun became the first non-Japanese manager since their opening in 1986. Continuing to progress in the world of cooking, Jun went on to study European style cuisine at Yarrow Bay Grill in Kirkland, WA which then sparked his readiness to open his own restaurant. In 2000, at the age of 29, he began work on the first modern, innovated new style sushi restaurant in PNW. This was the same year that he also welcomed his first son into the world – two weeks later, Wasabi opened it’s doors for the grand opening. He created a motto to live by after his son was born and their doors were open – “I make sushi (raw fish) for every guest same minded as I make sushi for my newly born son.” Wasabi has continued to be successful year after year and since it’s opening, Jun has also opened and consulted on 13 other restaurants in the the Greater Seattle Area and Southern California.

What People are Saying

“Of course wonderful food. More importantly, kind, fun, real people who own and operate this very nice sushi establishment. We come often, and they make us feel like we are family. That’s why we keep coming back, but, we wouldn’t continue returning if their food wasn’t excellent.”

“Enjoyed the relaxed atmosphere and high-quality food. They serve some modern twists on traditional sushi tolls, with some great combinations of spice and texture. All that would be ace, but also throw in some excellent cocktail options and complimentary edamame with the drinks. Staff was professional, friendly and informed – a great team.”

“I love this place, the food and drinks are good, the service is great and their happy hour deals are fantastic! Great for going out with friends or with your S.O., or even by yourself if you feel like having a nice time at the bar.”

“Visited Wasabi based on a recommendation and by god they were right. The sushi here is excellent, maybe not the best sushi I’ve ever had but definitely very high on the list. What I liked particularly about Wasabi was the different flavours offered in the sushi, they are experimental but they also nearly always work which makes for a fun experience.”

Last call for food and alcohol is 30 min. before posted closing time